The foreword from the exhibition catalogue Nova Gallery, 1984

Through his work and participation in the art world, Peruško Bogdanić has made it clear that his sculptural expression can most easily be defined as a personal document of imaginative form relatively close to minimalism while still sufficiently expressing a powerful and memorable impression on the observer. Bogdanić has spoken the language of new sculpture; in other words, a new sense of volume and plasticity, with an inherent mystic and symbolic connotation.
In an exhibition entitled “Dogadanja” (Events) held in June 1982, Bogdanić came forth with a cycle of gouaches displaying his talents as a skilled draftsman, a person with a unique sense for colour, harmony, and composition. To his gouaches, he has introduced a feeling identical to that predominant in his sculptures. In this cycle, Bogdanić has brought forth his vision of the depths, but, though speaking the language of the Mediterranean, he has been led by his earlier, intimate documents, full of mysticism and an unsettled expression, and a powerful meditational impact. While his field of interest in the cycle above was oriented to the depths of the sea, in the two cycles exhibited here, his attention shifts its focus to the sea surface. While the amorphous shapes of his first cycle offer only a hint of the sea, these gouaches now distinctly speak of the sea surface. As a member of the generation of artists who appeared after conceptual art’s demise, his concern that Mediterranean themes might culminate in certain profanity in his artwork and a wrong interpretation is understandable. There is, however, no reason to fear. Bogdanic’s Mediterranean is entirely distinct from almost all his visions to date, for the artist is now following his long-since imagined route: he does not allow the theme to distract him in the least from his concept, approach, and idea. Bogdanić’s Mediterranean can be most strongly felt in the artist’s spirit, bound to the Mediterranean tradition. Waves and Boats are the themes of new cycles of gouaches and sculptures produced last year. Waves create a particular bond between the first series and Boats, which can be sensed in the manner of painterly contemplation. However, the firmness and simplicity of form that frames the painted surface’s gentle texture are astonishing. At the same time, this series is the closest in the form to the artist’s sculptural experiences. In a way, it would not be far from the truth to connect Bogdanić’s series to Japanese art, perhaps not so much in terms of Hokusai’s expressive drawing or Hiroshiga’s poeticness as in his sensibility and material and a peculiar relationship between color and paper which, in Japanese art, radiates with a hypersensitive aura, in much the same way that Bogdanic’s series does. Peruško’s wave, contrary to customary depiction, is not a raging natural element but a tender and melancholy surface surrounded by firm form with which the author plays in several ways with considerable skill. The boat series is the author’s most complex cycle to date. Bogdanić does not paint boats for the sake of boats; he uses them exclusively as a sketched template based on which the artist’s hand, led by his playful imagination, will create inexhaustive and unusual drawings. The template is a paper boat that children make of newspaper, set afloat in the sidewalk gutters after rainfall. Variations on the theme of paper boats are endless, created by the expressive gesture of the artist’s brushstroke, guided by a powerful and unusual imagination that does not permit any repetition whatsoever but continually comes up with new solutions. The harmony of the intense expressiveness of line and a seemingly neutral background of almost fauvist colours is all the more surprising. This, however, is only a first impression. The location is mixed with the drawing, sometimes above and sometimes below, to interfere with the drawing finally. This interrelationship between environment and illustration creates specific frames, discloses numerous spaces, and connects into an indivisible whole. Colours, translucent also, in this case, participate in the creation of the composition with dynamic tonal passages, differentiating it with an exciting or a calming sign, while following the drawing itself also illustrates that inner restlessness which the artist has enclosed in the forms of his sculptures, and has now fully disclosed, with linear signs. With this cycle, Bogdanić has entered into a new field of work, very close to the last phases of the “new image”, which has increasingly been turning towards a new sense of Expressionism. Bogdanić has always followed his path is gratifying, and he has managed to arrive, through the logical evolution of his expression, at the most burning issues in contemporary art while bearing an indelible mark of his individual quality and opening the way to new possibilities. 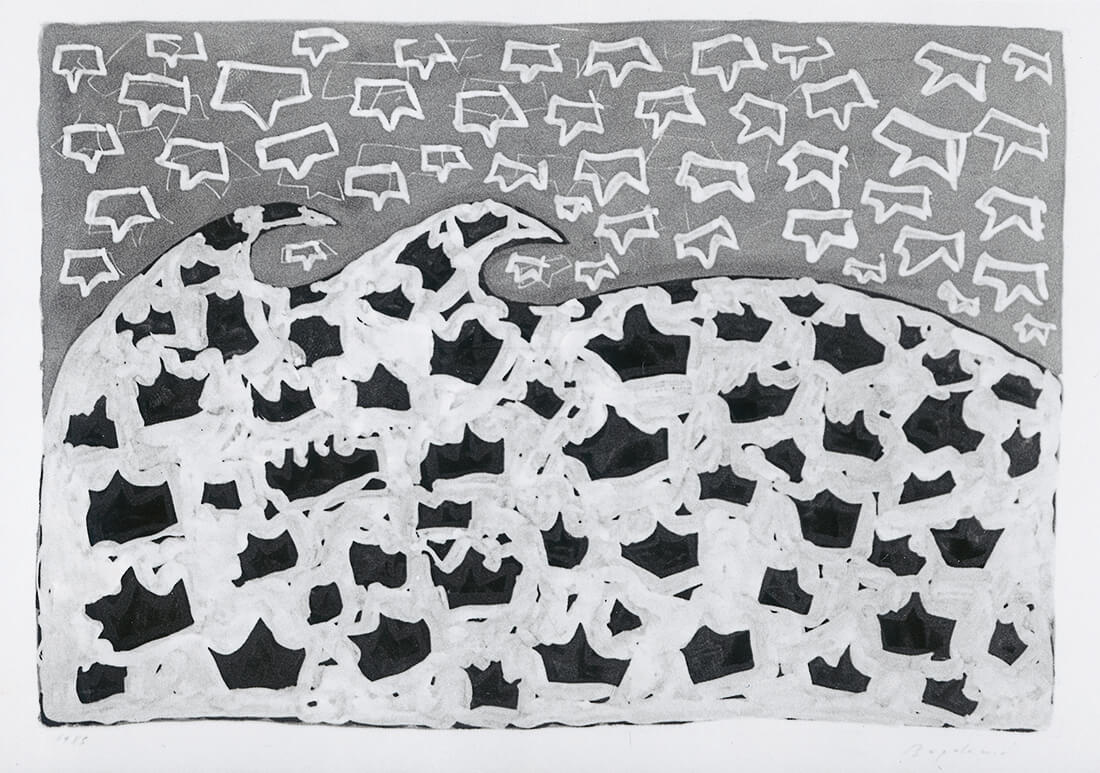 From the cycle “Wanderings of the Stari Grad Sailing Ship Giuseppe Secondo 1865” 1, 1983 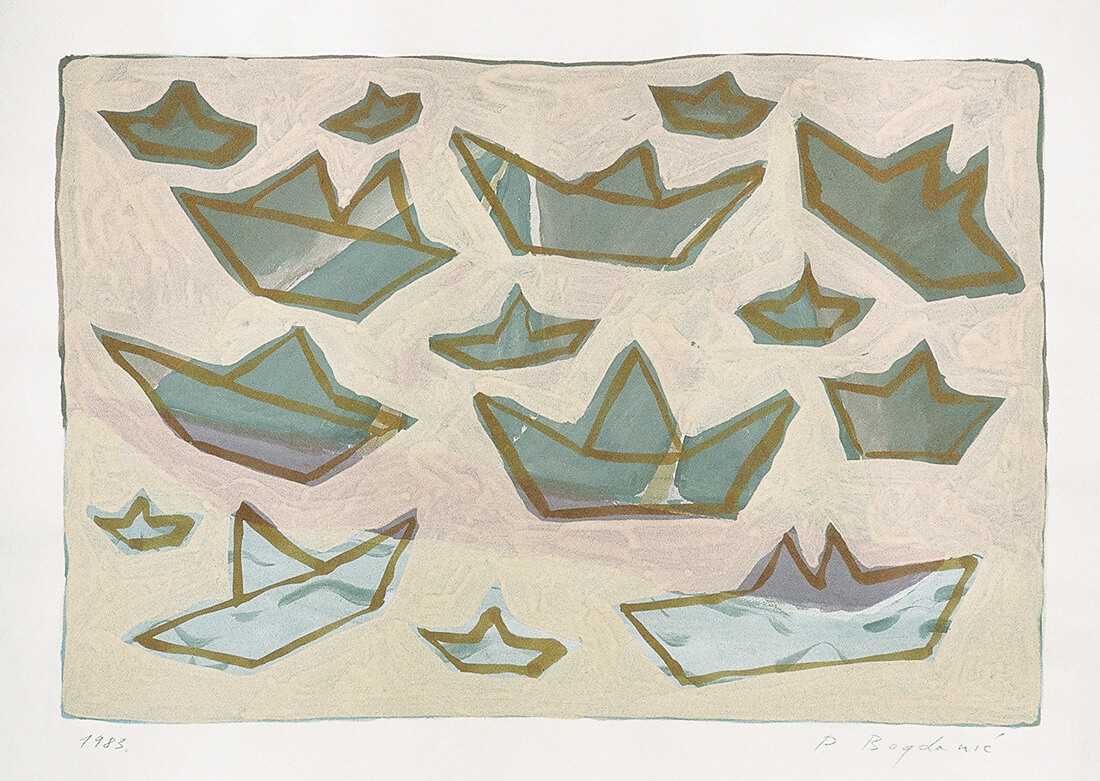 From the cycle “Wanderings of the Stari Grad Sailing Ship Giuseppe Secondo 1865” 2, 1983 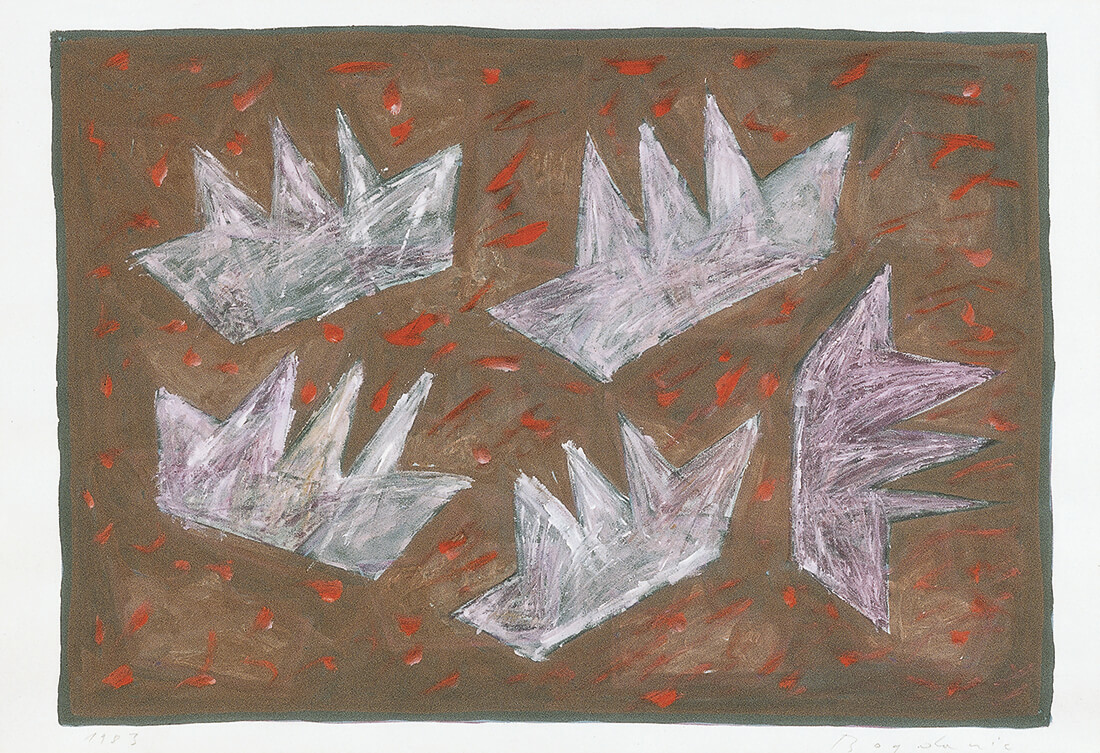 From the cycle “Wanderings of the Stari Grad Sailing Ship Giuseppe Secondo 1865” 3, 1983 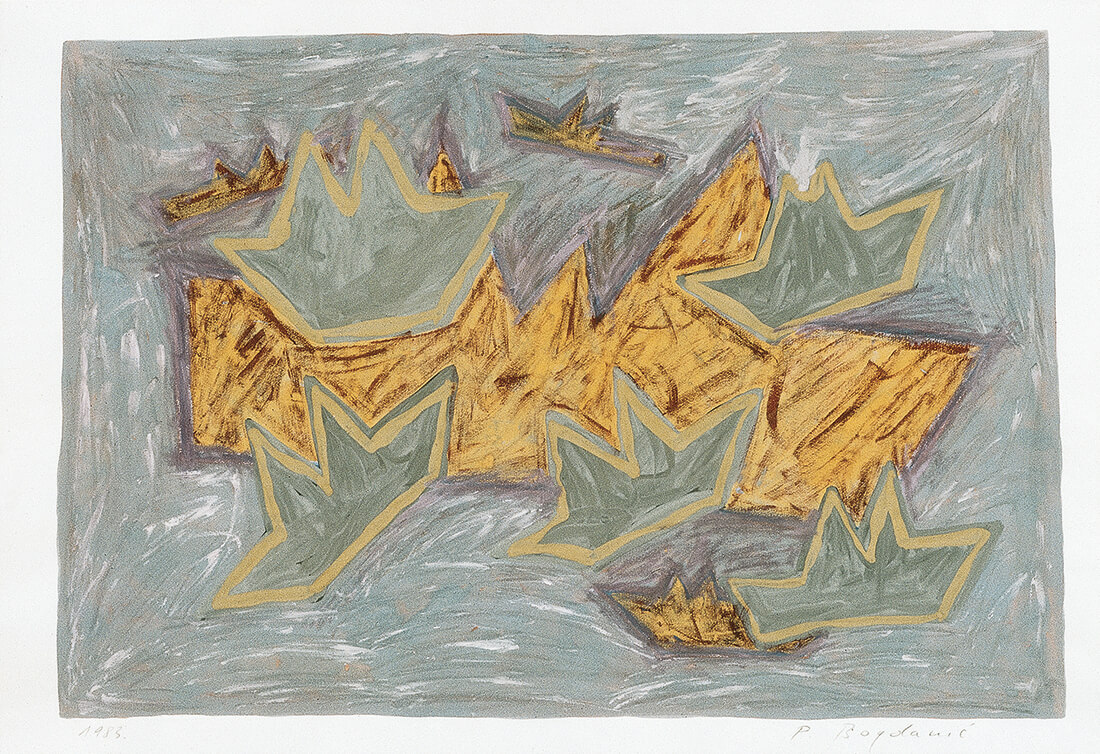 From the cycle “Wanderings of the Stari Grad Sailing Ship Giuseppe Secondo 1865” 4, 1983 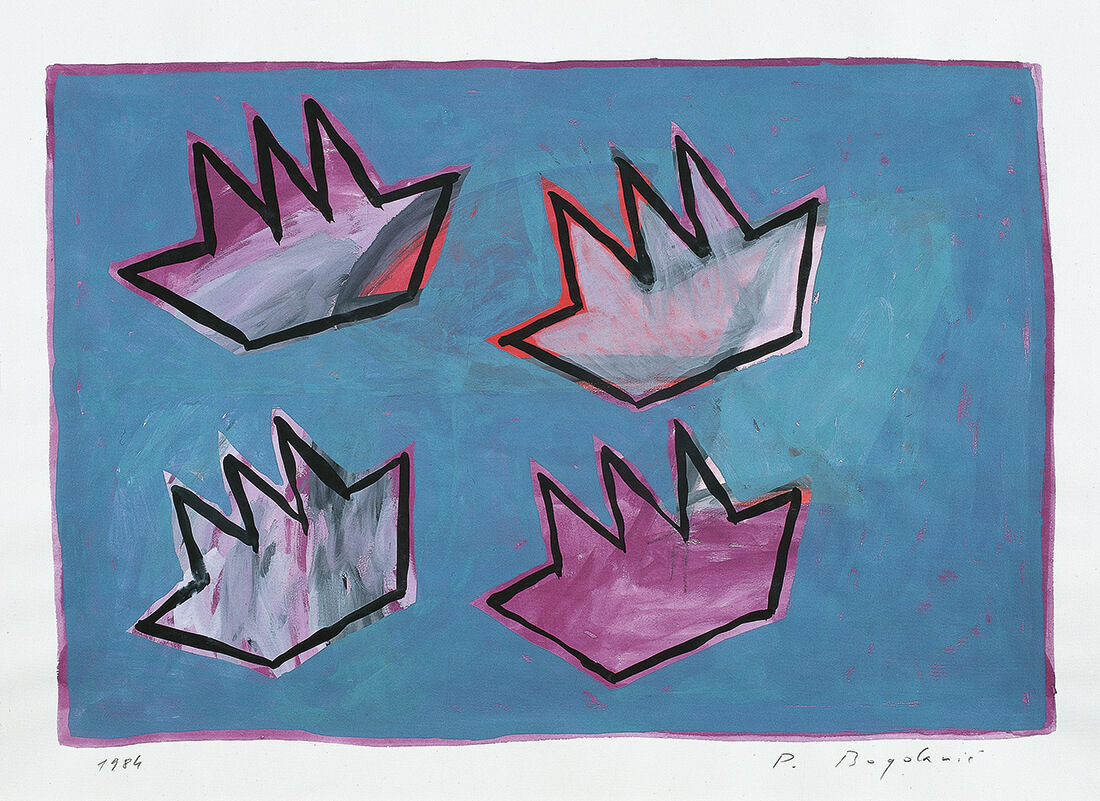 From the cycle “Wanderings of the Stari Grad Sailing Ship Giuseppe Secondo 1865” 5, 1984 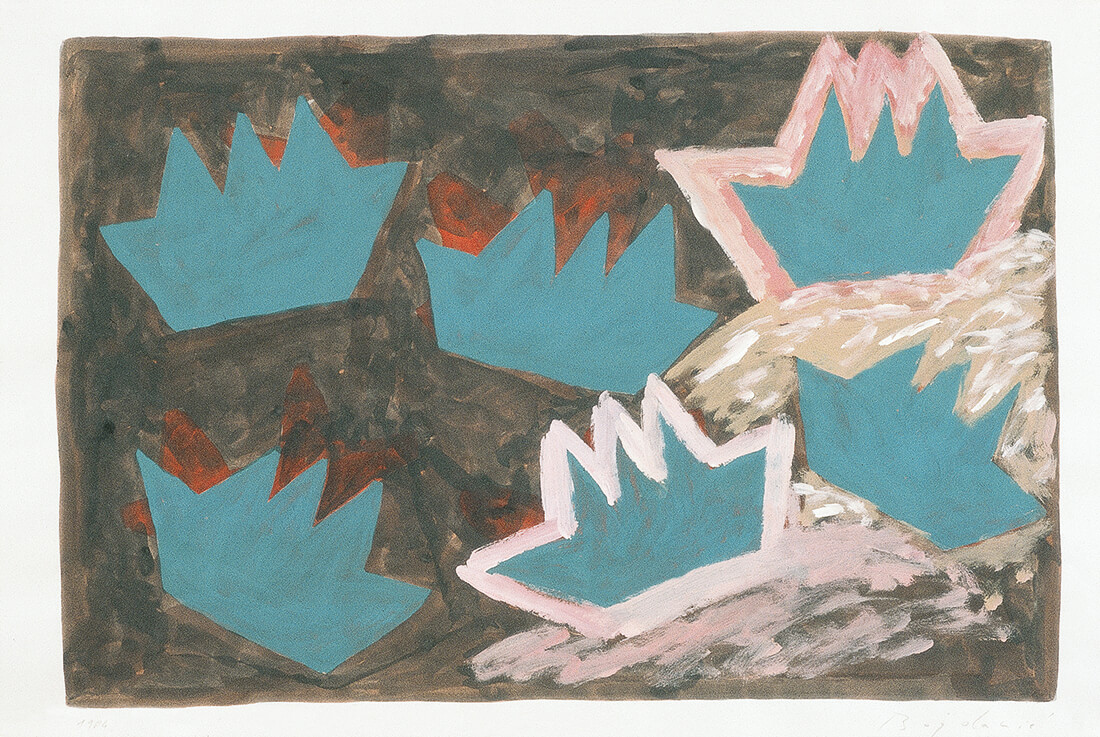 From the cycle “Wanderings of the Stari Grad Sailing Ship Giuseppe Secondo 1865” 6, 1984 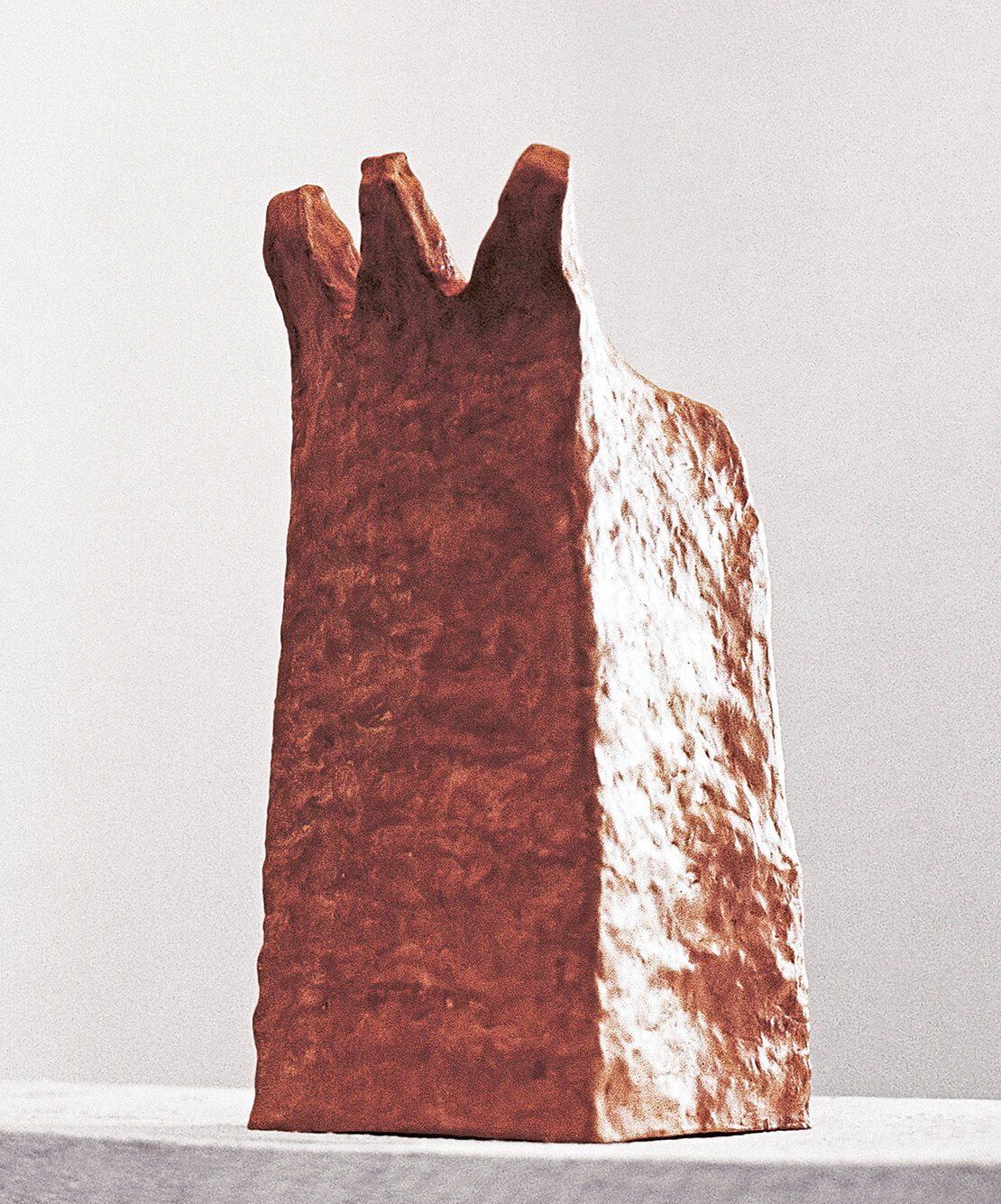 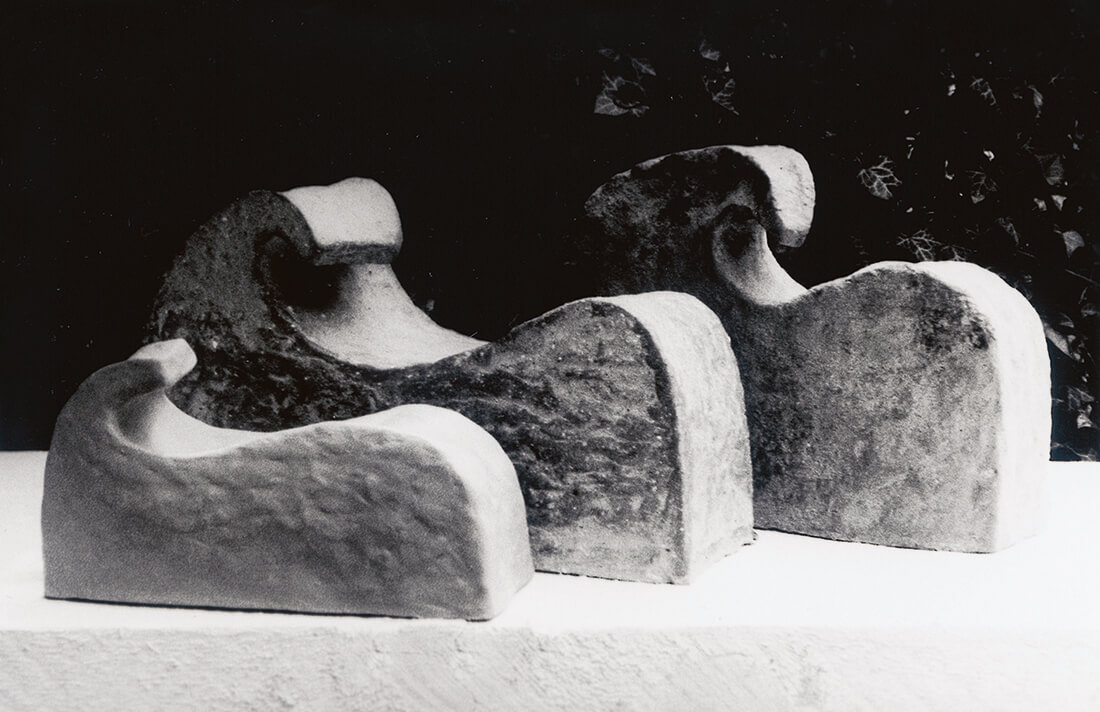 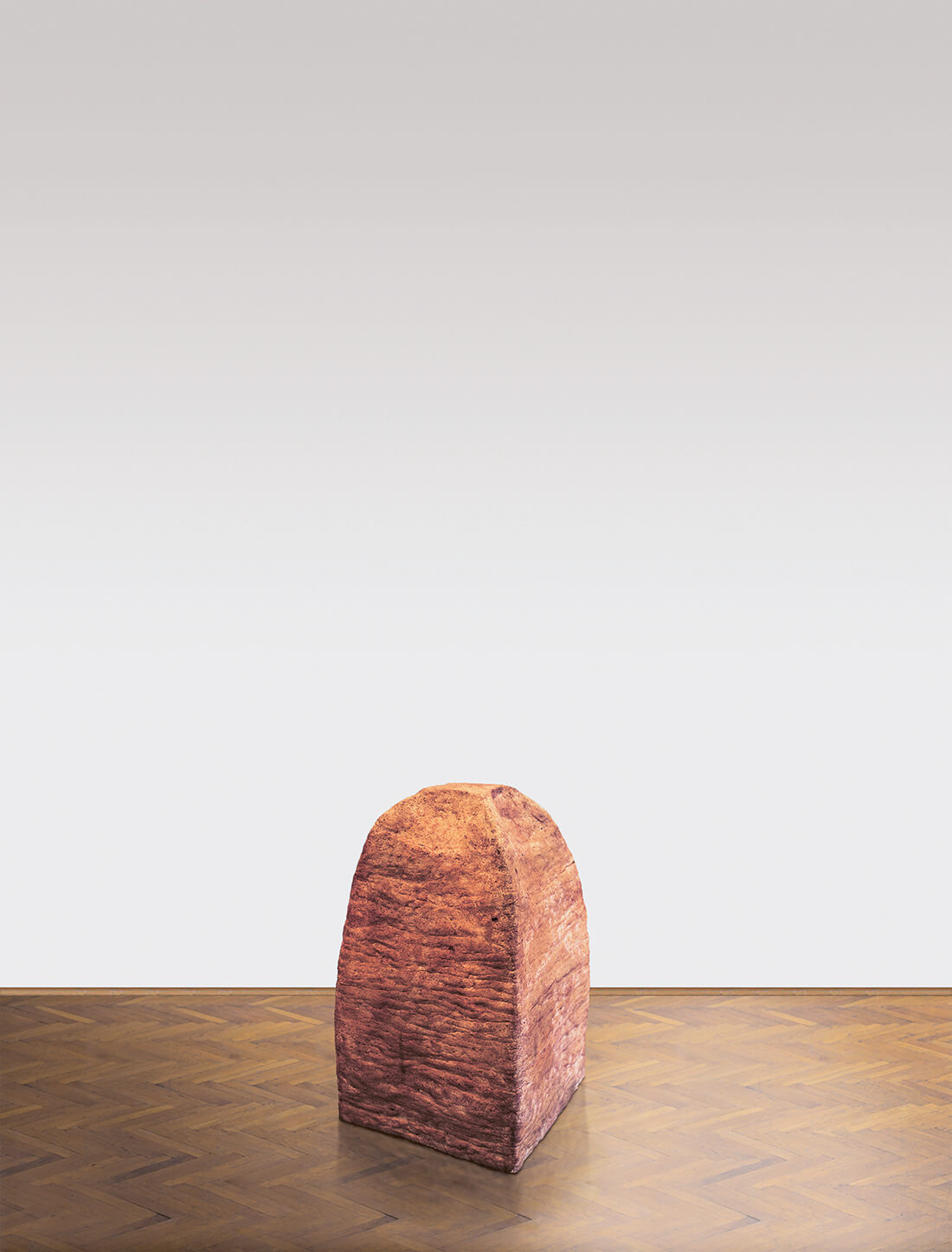 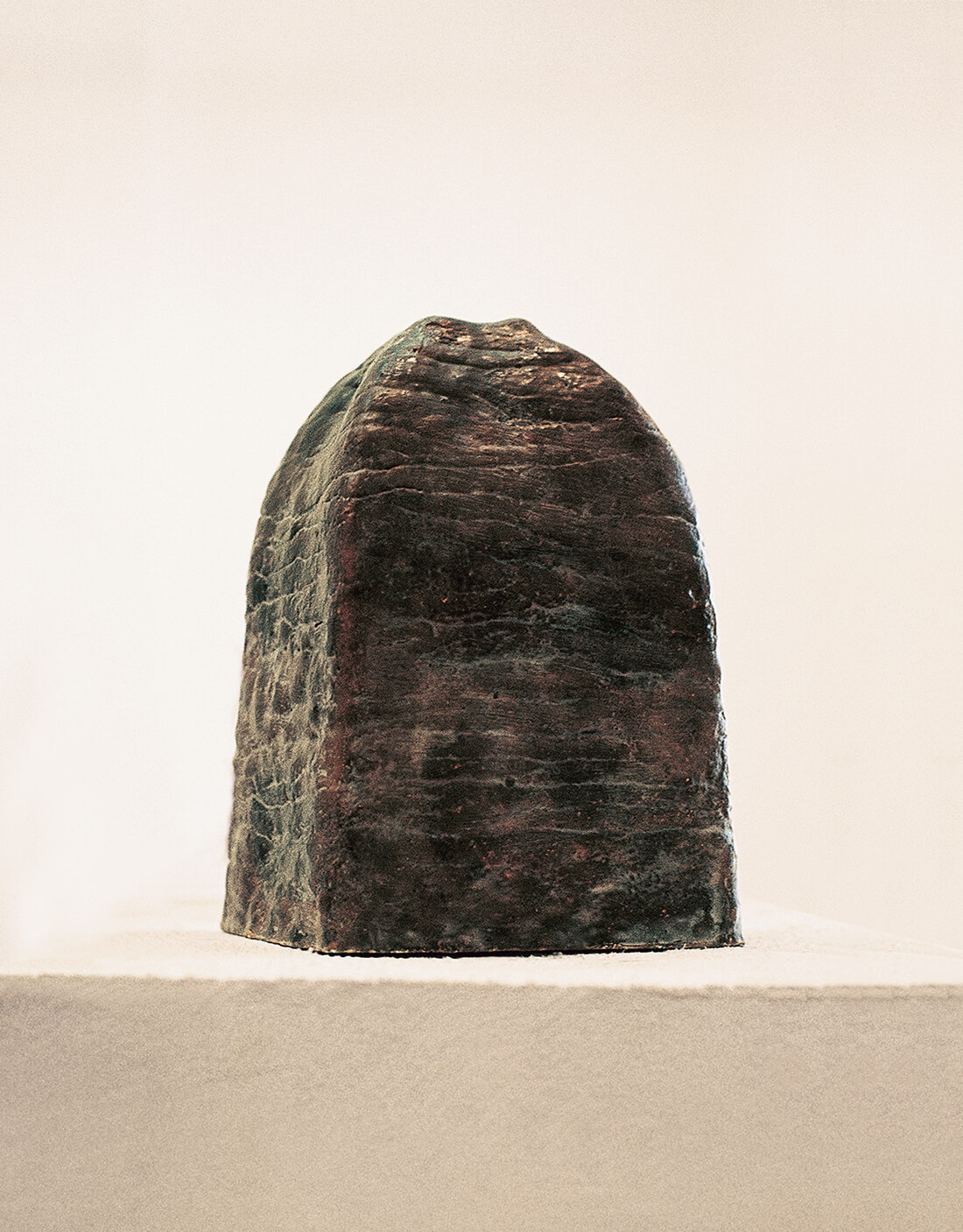 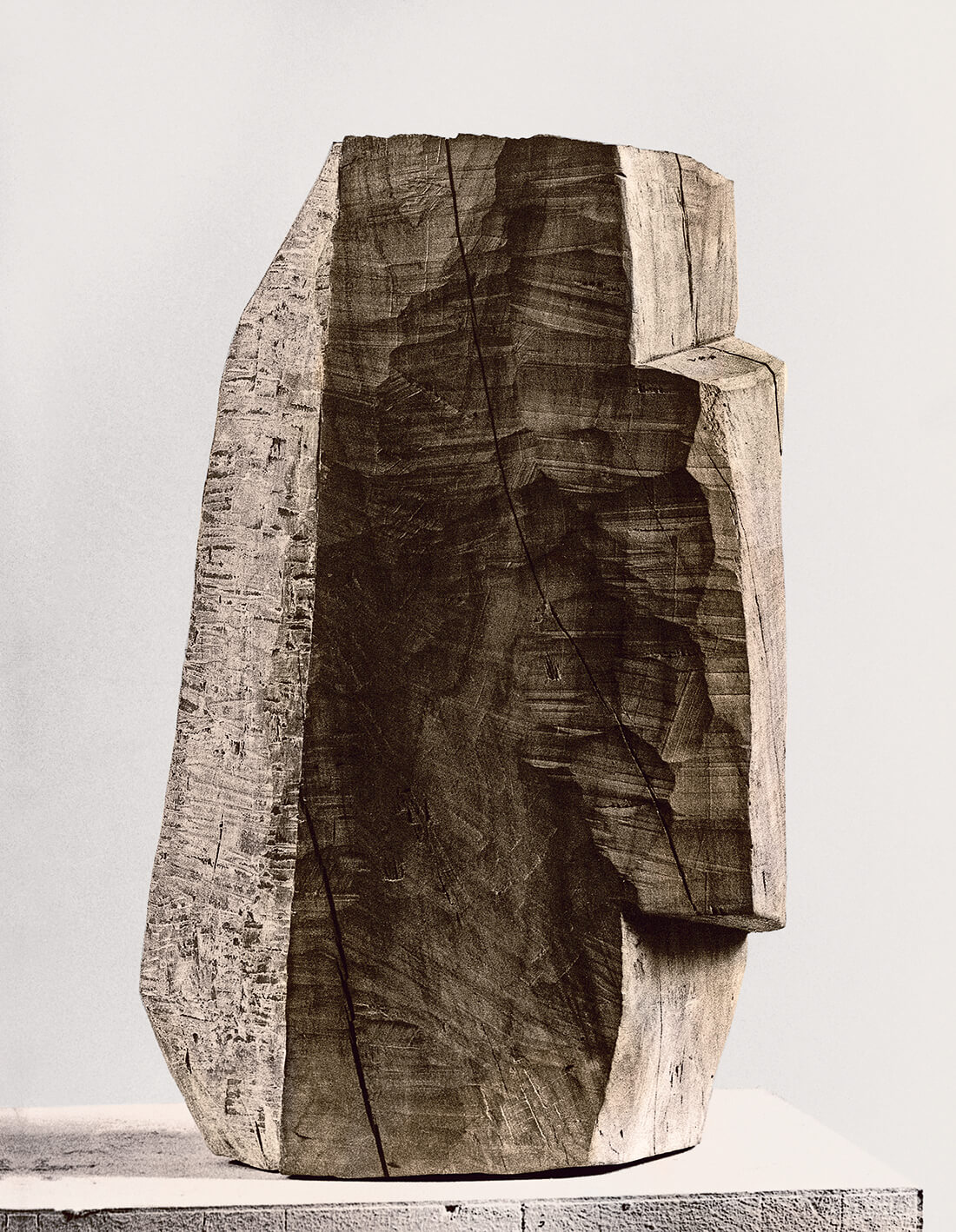 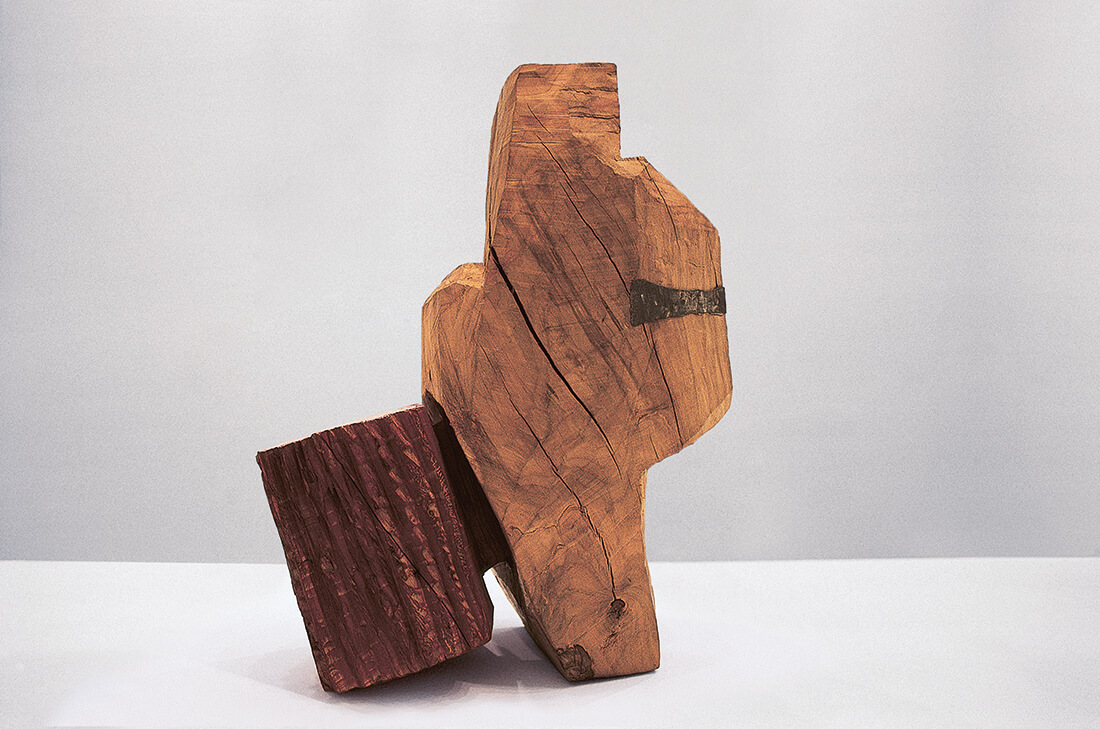 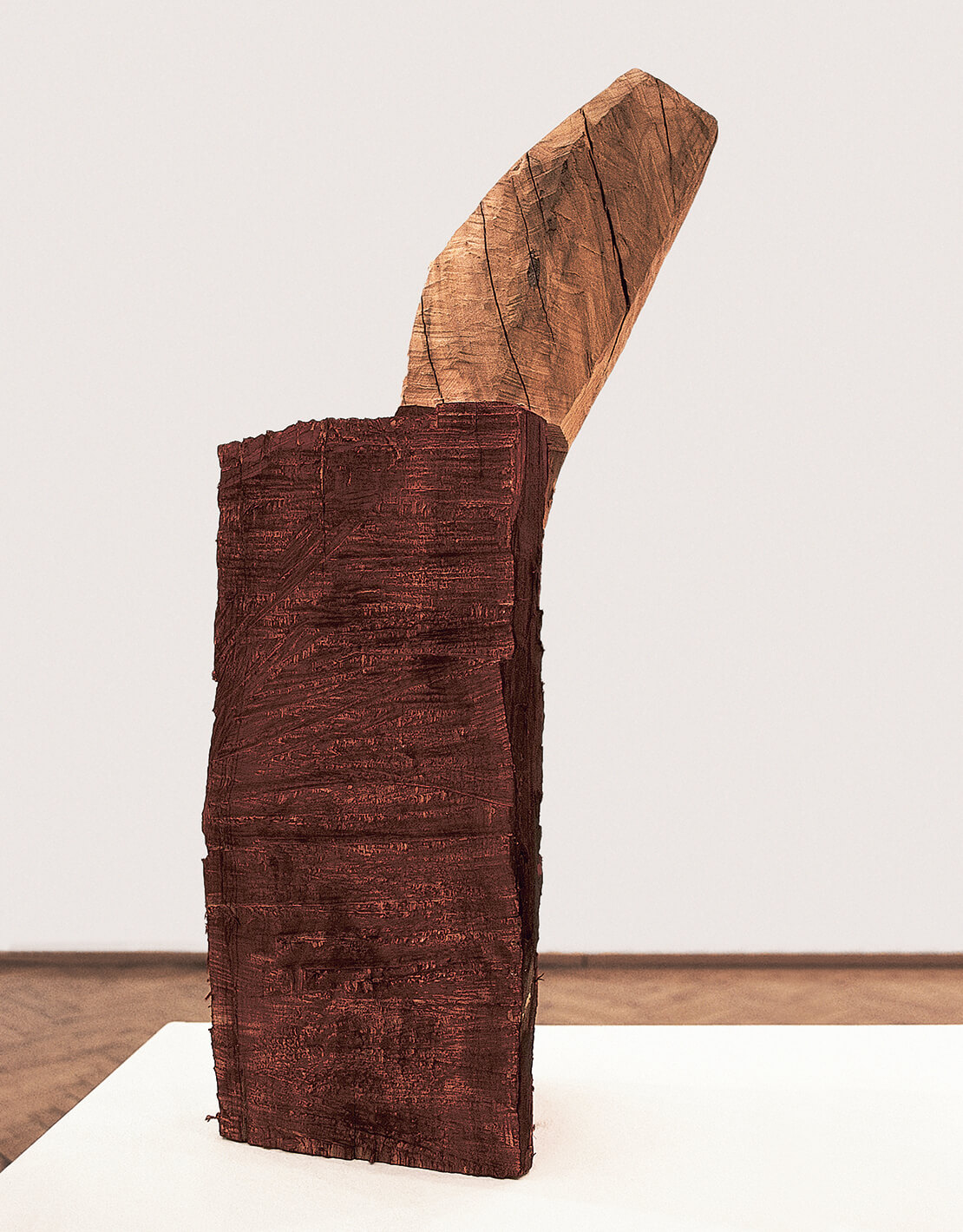 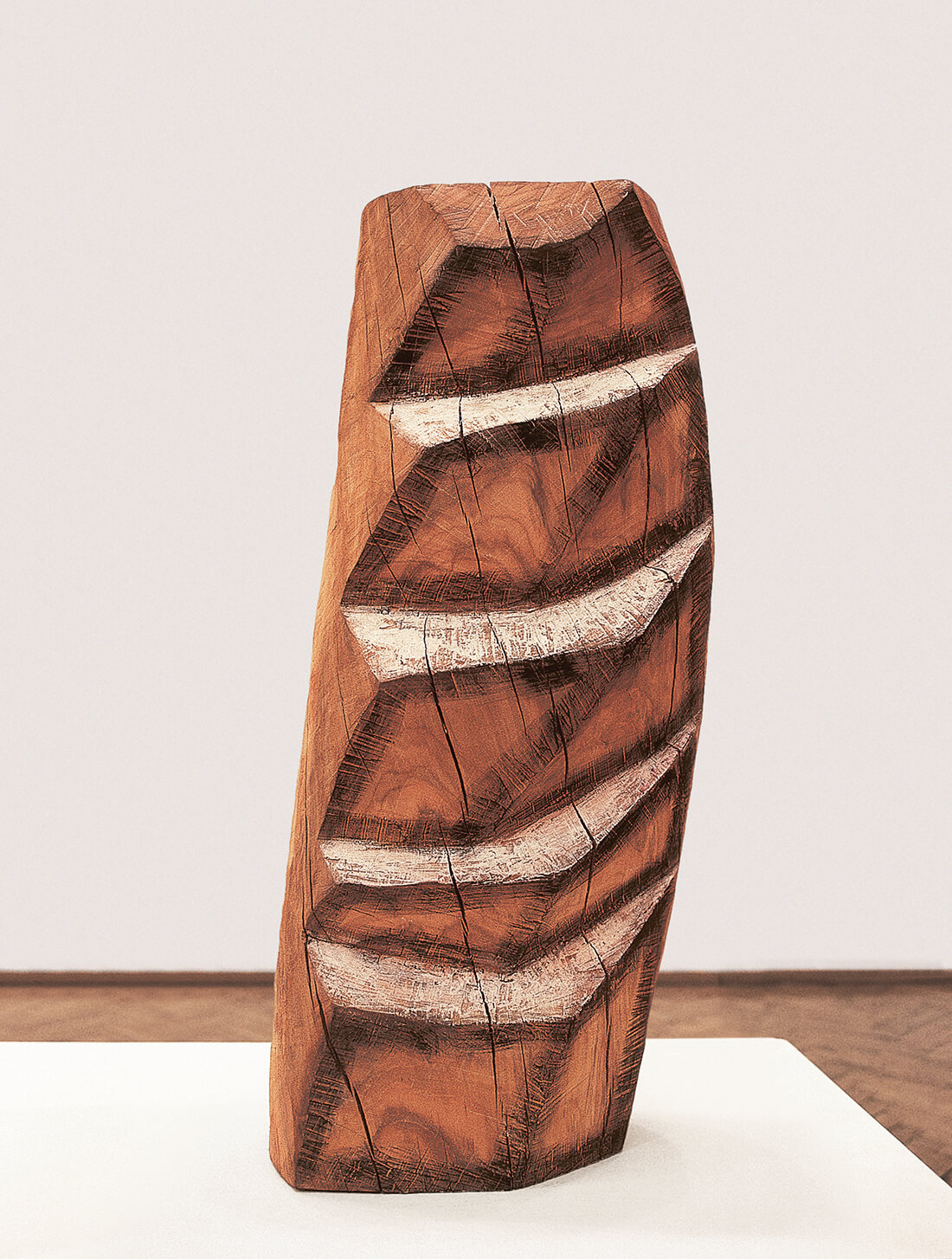